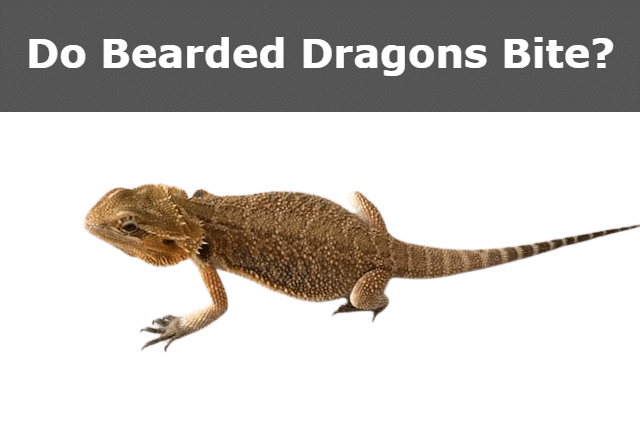 The answer of do breaded dragons bite is that bearded dragons do bite. However, it is not something that will happen frequently (if it does, something is wrong).

Many bearded dragon owners never faced bite from their dragon at all. Which is yet another reason why they make such wonderful pets. A cat is significantly more likely to scratch you (since cats are demons) than a bearded dragon is to bite you.

Because they don’t have as much force in their jaws as adults. A bite from a newborn or juvenile bearded dragon won’t harm much. Their bite will most likely not even pierce the skin. Babies and juveniles have significantly sharper teeth. Although their bite isn’t very strong. Adult or fully grown beardies bite differently. As their row of tiny, sharp teeth has dulled through chewing. Their jaws still have full biting force. Their bite will most slightly tear your skin and hurt a little. But the bite will hurt more from the surprise or shock of being bitten than from anything else.

It’s very important to remember that everyone’s pain threshold is different. So it will vary from person to person. A bearded dragon bite may bleed and sting a little, but it’s nothing to be concerned about.

Bearded dragons bite for a variety of reasons.

Bearded dragons do not bite just out of boredom. Unlike humans, beardies are unable to converse successfully. By way of their bites Your bearded dragon bites for a variety of reasons. Identifying the causes may help not only to prevent future dragon bites. But also to increase sensitivity to their needs.

When a beardie is hungry

It tends to bite more. They can mistake your finger for food when you’re handling their food and bite it by accident. This is fairly frequent when they are hungry and get excited when they notice food. Feeding them on a regular basis can help to avoid this type of relationship. Using tongs to deliver food to them could also be effective. It’ll take a few months for your beardies to adjust to the feeding schedule. And also to realize that your finger isn’t one of the worms they’re eating! Biting behavior does not end with feeding time; it might continue if you do not properly wash your hands.

Also, avoid frightening your bearded dragon at all costs. Before you reach in and grab it, make sure it sees you approaching the enclosure. It’s also a good idea to avoid reaching in from above (like how a bird or predator would grab them in the wild). Because most tanks have a screen top, reaching for your beardie from the front or side is a decent method. Before reaching out to grab it, you should make it aware of your presence in the tank.

There are a variety of things that might cause a bearded dragon to bite you. The majority of the time it is due to bad handling skills.

If you hold these reptiles in an uncomfortable position. Then they will most likely try to crawl free first. They may also grow a black beard or puff themselves up. If you continue to treat them badly, they may bite you in the hopes that you will receive the message.

The following are some instances of how you can handle a bearded dragon without it biting you:

Prodding or poking them is not a good idea.

They’re being pinched (even accidentally)

If they don’t want to be put down, they can refuse.

Your pet beardie’s defensive mode may be triggered by sudden behavioral changes. Or any other changes in the environment. They will be forced to defend themselves as a result of this. This behavior can be observed in the early phases of development. When they are still quite self-conscious of their environment. It takes time for them to acclimatize to being handled. Until then, every time you pick your finger, your beardie will bite it. Keep it up. Always move slowly and gently, as sudden movements may be unwelcome. Approaching it from the side is better to approaching it from the top. Which will give it the feeling that it is being pursued. Aggression in bearded dragons can occur for no apparent reason or as a result of brumation. The bulging beard or spiny projections of your pet beardie standing upright. Turning black are some symptoms of hostility. Some of them will hiss as well. Other pets are regarded as a possible danger. So, make sure the tank far enough away from any dogs or cats to avoid any unwanted hostility.

Even though your pet beardie’s body is covered in tough scales and needle like structures. It is nevertheless quite fragile. Prodding, squeezing, and putting it in a confined space may irritate them. When your bearded dragon tries to bite you, it’s a sign that he or she isn’t feeling well. It may not be a good idea to handle them for an extended period of time. In an attempt to get away from you, they may twitch and shake their tail. This is the time to put it down, or it will bite you in a matter of minutes. Bearded dragons are much smaller than humans. As a result, even a small amount of pressure could be quite harmful to them. As a result, careful management is critical. If you have children, teach them how to care for bearded dragons before allowing them to handle them. People who aren’t the pet beardie’s owners should use extreme caution. As the beardie is solely used to its owners. When it sees a lot of unfamiliar faces, it may feel threatened.

Bearded dragons must be socialized and trained from an early age. Even though they may bite more during this time, it’s critical to get them used to the routine. They may become more antagonistic as they grow up without socializing. The likelihood of their biting you or being uncomfortable around you may increase. It is easier to train a young or newborn bearded dragon than it is to train an adult bearded dragon, just as it is with dogs. Getting your pet beardie from a reliable breeder can help a lot with this. Legitimate bearded dragon breeders make an attempt to socialize your beardie. If you get your bearded dragons from a rescue center. Then make sure to lavish them with love and attention. Biting occurrences are prevalent in the early stages of a relationship. So, instead of pressing them to become used to you straight away, remember to take one step at a time.

What Should You Do If You’re Bitten?

You should clean the bite’s surface area. Apply a small amount of Betadine to your wound with a cotton swab and gently press it down.  After cleansing your hands.  Make sure to wash them with soap and water.Bearded dragons are infected with a variety of pathogens. These parasitic zoonotic parasites can be passed from animals to humans. This putative transmission could be facilitated by the bitten skin surface. If necessary, you should have a Tetanus vaccine. To ensure that these harmful microbes do not invade your system.

How To Stay Away From Being Bitten In The Future

It’s important to remember to keep its comfort and tranquility in mind when handling it. Because these are unusual creatures. Things like abrupt movements stimulate their innate instincts. Making them feel threatened and leading them to defend themselves.

Always approach from above to avoid looking like a predatory bird in the wild. As you approach, make sure your beardie sees you coming and approach gently and calmly. When lifting it up from the top of its enclosure, try to approach it from the front, back, or side. Patience is also essential for effective bearded handling. Allow your beardie to become accustomed to your presence before moving on to the next step.

It’s also a good idea to handle your bearded dragon while seated on the floor. You can also handle it in a location where your bearded dragon won’t fall from a great height. If it squirms or tries to flee. This is also a smart safety measure in case it bites you when you’re handling it and you let it go due to the pain.

Once your bearded dragon is at ease with you, carefully scoop it up. And ensuring that its belly and tail are well supported. 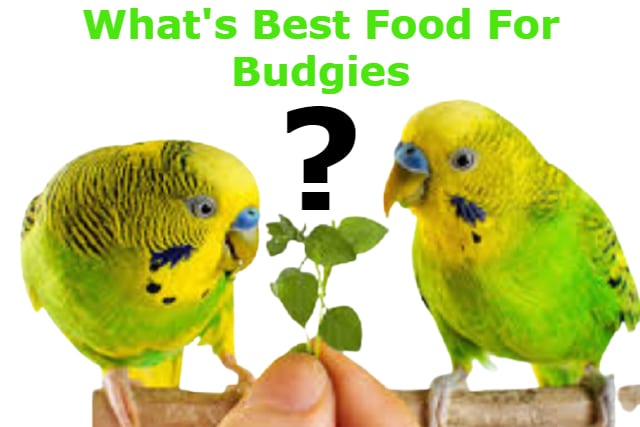 Best Food for Budgies to Keep Your Birds Healthy 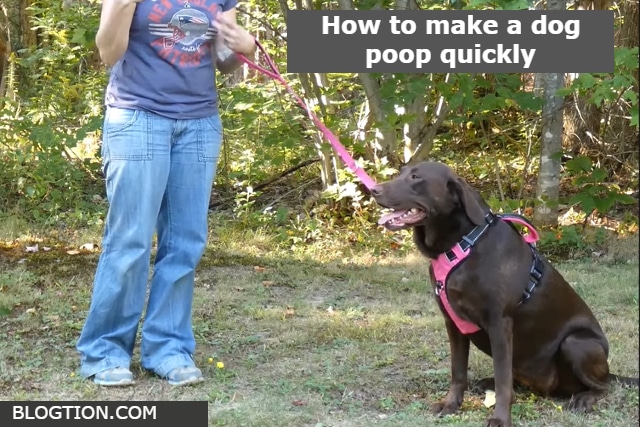 How to make a dog poop quickly? 6 Most Effective Techniques. 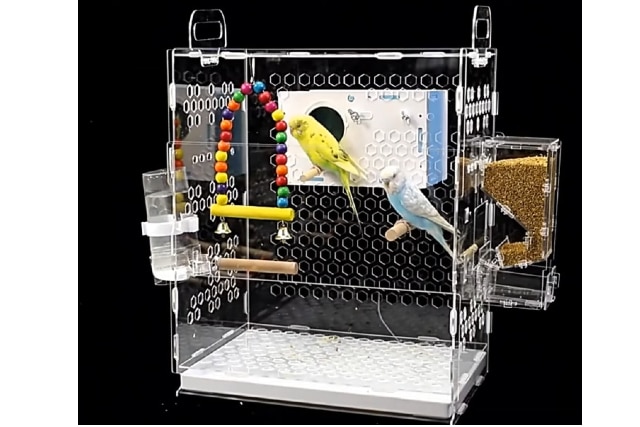 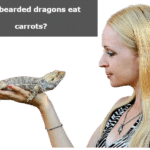 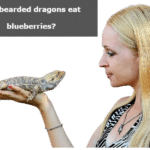 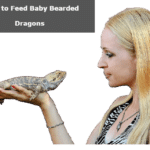 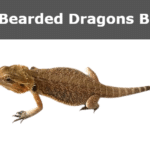 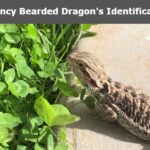 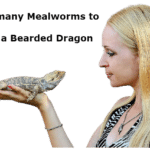 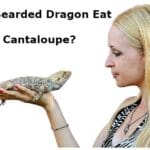 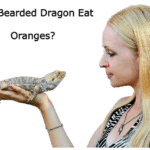 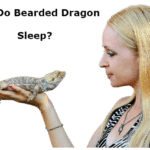 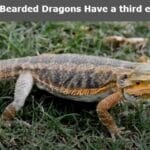